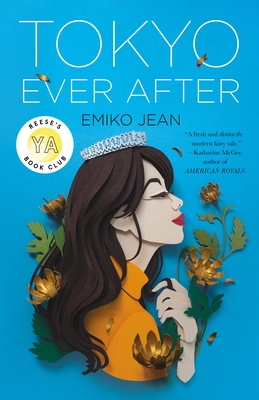 Two young adult novels have stood out for me this year.  Each story centered around  young women. The first novel is Toykyo Ever After.  It takes place in Northern California and moves on to Tokyo. The second book is a sports novel in Argentina.  The books are both about a girl maturing and involves a love story.  I enjoyed each book for different reasons.  One, because it involved soccer and a strong willed character, and the other because of the locations and the love story.

Tokyo Ever After by Emiko Jean is a book about best friends and has a close mother daughter relationship.  Izumi Tanaka is a high school girl growing up in a small Northern California college town.  Her mother is a botany professor and is a single parent.  Izumi's mother has never talked about or identified Izumio's father. Izumi and her friend discover a poem written to her mother by a love interest that was written the same year Izumi was born.  This begins a search to find out who the author is.  With help from the internet the girls discover a m 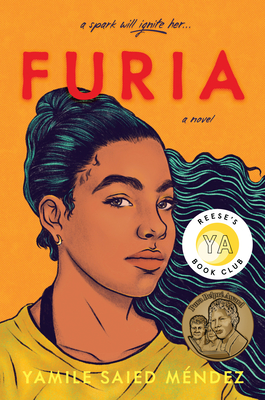 an who attended the same school, at the same time Izumi's mother did.  Then we are reading about life in Japan and the Japanese royal family.  Is Izumi part of that family?  The novel follows Izumi and her mother coming to grips with the truth which her mother had never shared.  Eventually, after much arguing, Izumi's mother allows Izumi to try to contact her father.  After reading a lot about the small California town Izumi grew up in, the next location is Japan, as Izumi tries to be accepted by  a very large Japanese royal family,  The young girl tries to follow. proper social   etiquette but she makes some painful  mistakes.. A handsome young imperial guard is assigned to Izumi and may be a love interest for her.  This was a book that was fun to read.  There is a lot of family, friendships, and trying to fit in.  And may I say again there is a lot of romance in it to enjoy.

Furia by Yamile Saied Mendez is another book about a young school girl. This book takes place in Argentina.  Camila is a young student and she is a soccer player.  Camila's brother is a beginning professional player, & his close friend Diego. is already a popular pro. Camila and Diego grew up together. It's no surprise that Camila is also a good player.  She plays on her school  team and wants to play on a women's professional team.  Camila's parents don't approve of women playing sports and don't even know about her goal.  After one of Camila's school games, because of her power and fury, she is nicknamed Furia.  Furia spends her life at games, practices and working to keep her grades up.  As Diego becomes more successful and popular. he starts to pressure Furia to give up her soccer goals to become part of his life as his wife.  This is a feminist book about girls and women being strong in their lives and endevours.  It's about not giving up their dreams and hard work to live in a man's shadow. Camila's mother became pregnant at a young age and had to give up her greams and marry Camila's father.  Their marriage is an unhappy one.  Camila's father cheats on her mother and drinks a lot.  Furia doesn't want to be forced into another unhappy situation.

Furia and Toykyo Ever After are about different girls in different countries, but they are both about independent young women who are willing to work to become a success on their own merits.  Each book is well written and they are  very powerful and inspiring.