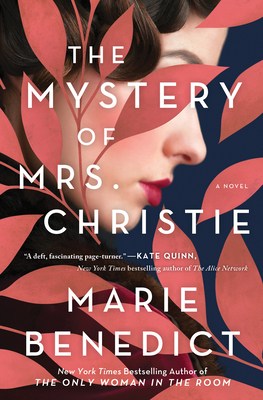 What DID happen to Agatha Christie in 1926?

The Mystery of Mrs. Christie by Marie Benedict

"On a cold December night in 1926, Agatha Christie went out in her beloved Morris Cowley roadster and didn’t return home for 11 days."

Police investigators found her car at the edge of a nearby lake, a fur coat lying inside.  Missing was the attache case she had taken with her on that cold Friday night and Agatha Christie herself.  After an eleven-day nationwide search, that involved hundreds of police, a call for public assistance, and the use of dogs, including Mrs. Christie's own beloved pet, Mrs. Christie turns up at a spa in Harrogate, England under an assumed name, Mrs. Neele.

Marie Benedict weaves an intriguing scenario of events beginning with the letter she left for  her husband Colonel Archibald Christie:  "Read on and follow my instructions closely if you wish the safety of the first path and the security of its conclusion." Ms. Benedict then takes us back to a fateful event in October of 1912, the night Agatha Miller meets her future husband, Archibald Christie.

Detective Chief Constable Kenward is dogged in his pursuit of the truth and despite Mr. Christie's claims of innocence, he remains a suspect in the disappearance of his wife...he is, after all, having an affair with Nancy Neele.  The one thing that can redirect attention from himself as the perpetrator of a supposed crime, he cannot share for it now lies in ashes in the fireplace.  He was directed to destroy the one thing that could save him.

This is not so much a story of "whodunit" as it is an intriguing tale of why.  This is a novel that weaves its way from 1912 to the events of December 1926.  The twists and turns befitting of an Agatha Christie mystery.

A great read with characters that are as fascinating as they are believable.  Meticulously researched it is sometimes difficult to separate fact from fiction.  Ms. Benedict takes us on a fascinating journey into the private life of Agatha Christie and her explanation for the mysterious disappearance of Mrs. Christie will leave readers with perhaps more questions than answers.  A mystery novel worthy of Agatha Christie herself.