Leave the World Behind by Rumaan Alam 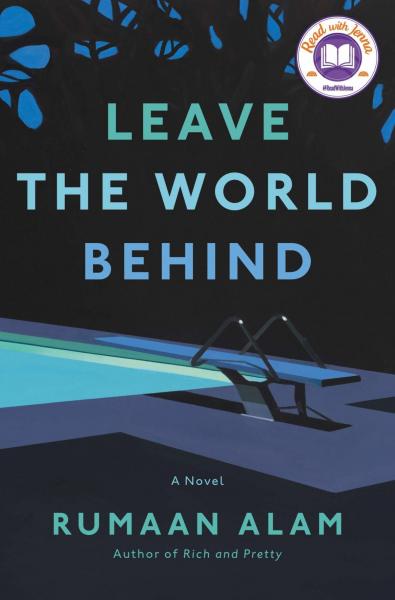 For so many of us, 2020 has been a year of tension, uncertainty and claustrophobia. Sometimes, I read to escape those realities, but every so often, it’s nice to read a book that reminds you that things could be worse.

Unassuming at first, but building to a terrifying crescendo, “Leave the World Behind” by Rumaan Alam is just that book.

“Leave the World Behind” begins, innocently enough, with a family leaving New York City to spend a vacation at a rented house near the beach. Through narration that cycles through each family member’s thoughts, we are introduced to a typical, middle-class family, with mundane lives and concerns. Their vacation at the remote house in the woods is a much-needed luxury.

After several dreamy days of swimming and sunning, their idyll is interrupted by a knock at the door, late at night. They open it to find an older Black couple, the owners of the house, who have fled a massive power failure in the city. They plan to stay at the house, too, escaping the uncertainty in the city to a place that feels safe.

After the initial tension between the two families, grounded in racial and class-based distrust, and the discomfort of sharing space with strangers, they fall into a peaceful routine. But their peace is increasingly shattered by fear, as they are unable to get any news of what has happened in the city, or the world at large. As the occurrences around them become stranger and stranger (flamingos in the swimming pool, mass deer migrations), their safe retreat becomes a prison that both protects and confines them.

The beauty of “Leave the World Behind” lies in the masterful precision with which Alam writes tension into the story. There’s a sense of claustrophobia that grows with every page, every thought of the primary characters. This claustrophobia is only worsened by the brief, unsatisfactory glimpses we get of the events in the outside world. These staccato bursts of omniscience deepen the terror that unrelentingly invades the secluded house in the woods.

I remember the first time I read “Waiting for Godot,” the way it made me feel as frantic and trapped by inaction as the characters themselves. “Leave the World Behind” conveys a similar sense of restless ennui, a claustrophobic tension that is never relieved. Like an itch that you’ll never quite manage to scratch, the sensation remains far beyond the last page. This is a thriller without thrills, only chills. Be prepared to be haunted by it, long after you finish reading.