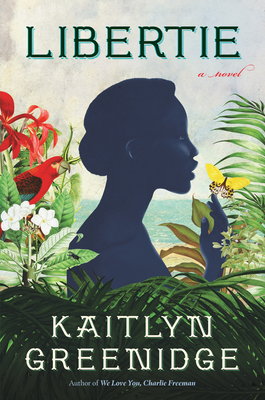 Libertie is a character whose decisions we may struggle with. Why marry when her path to a secure vocation appears secure? How does she honor her parents and her future children, while seeking her own full freedom? This is a strength of the story in that the reader must consider her moment in history, fortunate parentage, and dark-skin circumstances as she enters adulthood.

Greenidge’s work to complete Libertie was assisted by several grants including one from the National Endowment for the Arts. Her well-researched fiction is gorgeous, thought-provoking, and pairs well with non-fiction historical writings of the 19th century about society during Reconstruction and the changes it brought for those previously enslaved as well as those freeborn. Her story helps to humanize the facts we may learn elsewhere about the era, easing us into exploring its serious topics. Libertie asks us to consider how events of the past connect with issues we continue to grapple with today; when to be silent; when to speak.

Look forward to writing that is often anguished, yet lyrical, and a main character who grows emotionally, despite her decisions. Libertie, set in the past, is a pleasure to read with richly layered themes relevant in our own time.