The pretty fae put a spell on him. Literally.

But vampires always get their prey. A tricky fae is no exception.

Anger turns to lust. Possession to affection. Enemies to lovers...

The fate of the world is resting on fae shoulders.

Fara doesn't have a lot of time. The master vampire who's enslaved her the past decade demands she find the final Bloode Stone that will bring hell on earth. In his hands, the stone will control the uncontrollable-all ten vampire tribes. But her brother's life is at stake. What can she do?

Varujan of the Night Bloode is the one creature that might be able to defeat him. That's if she can manage not to die while tricking him into helping. Vampires aren't nice. They don't help. They kill for the fun of it.

What's a vampire to do but take revenge on his delectable new prey?

After getting the Bloode Stone in his hands, she's hopeful Varujan might be the one to save them all. Until he captures her and her brother. And she begins to understand that vampires don't always kill for the fun of it. Sometimes they kill... to protect those they love.

Beware dusk elves with an agenda and the weird guy who talks to animals, snarky vampires, a wandering battle cat, interfering gods, vampire pranks that aren't as funny as the draugr thinks they are, and a stubborn strigoi who learns there's more to life than bloode and battle. 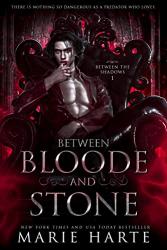