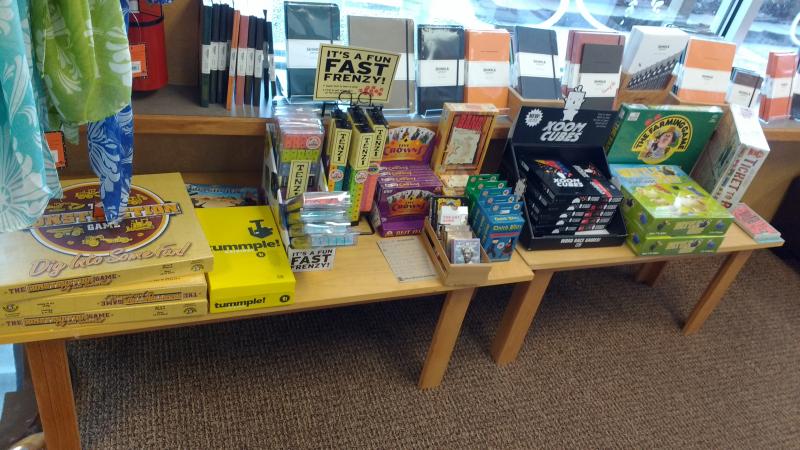 We have the BEST selection of board games in the store right now. Let me tell you about them. First, there is Bang! A card game that involves a lot of thought, some trickery, some shooting! and a lot of laughter. We like to play it while wearing moustache tattoos which adds to the hysterics.  Inklings also sells these sets of tattoos - the 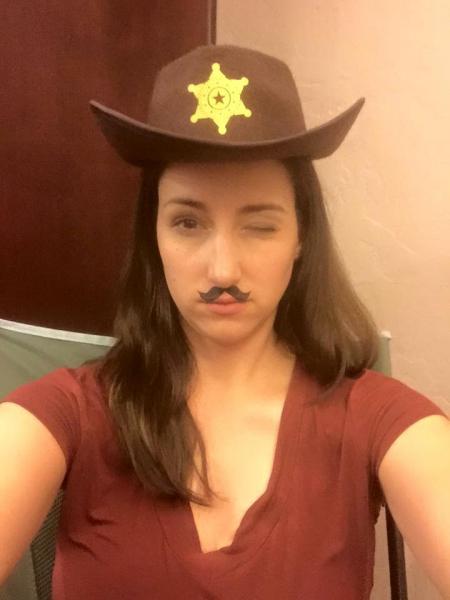 most inexpensive fun you'll ever find, they are $1.50 for 12 moustaches! In Bang!, the cards determine the cast of characters including The Sheriff, deputies, renegades and outlaws, but only 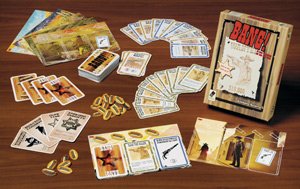 the Sheriff's identity is revealed at the beginning. The play of the cards determines the kind of firearm you can use, how far away your target can be and whether or not you'll be spending some jail time. $27.99 for hours of every-changing fun. This game is probably ten and up because of the bluffing aspect of it. 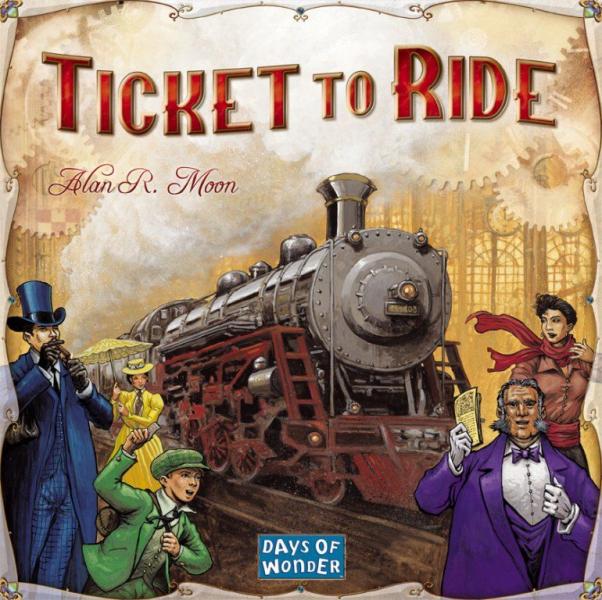 Next, we love Ticket To Ride - a very high quality game that will teach as you play without ever feeling "educational". Winner of Game of the Year and bestseller of over 3 million, in this cross-country train adventure, players collect cards of various types of train cars that enable them to build railway routes across the United States. The train cars are actually little game pieces that build a colorful and intricate maze of track connecting major cities. Strategy involved and recommended for ages 8 and up. This one is $59.99, but hours of fun are guaranteed.
Then, a fast-paced dice game that needs little strategy. Tenzi is a free-for-all, everyone-playing-at-once kind of frenzy. High-quality, colored dice in sets 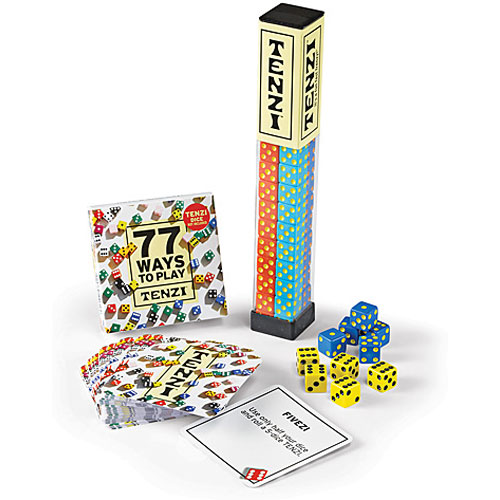 of ten are thrown at the same time by all players. The first player to collect ten of the same value (all sixes, all ones, etc) yells "Tenzi" and that round ends. These come in so many colors you can keep adding to your collection so many people can play at once - the more, the wilder! There are many variations to keep it interesting, such as having to call the number you will be rolling for ahead of time or having to stack the dice as you go.  We love to play a rousing game or two after dinner.
Have you seen a game you'd like us to carry? Please come in and tell us about it and we'll see if we can find it. I'd also love to hear back from you with some pictures of you and your peeps playing a game or just tell us what your best game-playing memory is.