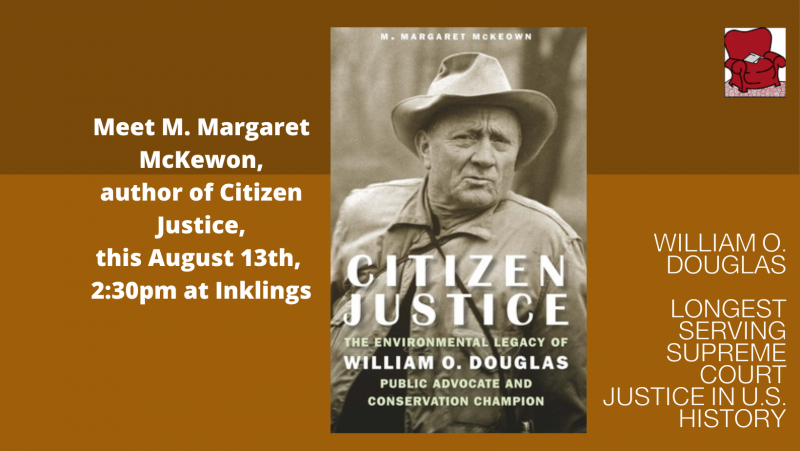 and Conservation Champion highlights William O. Douglas’s dual role in fulfill-
ing his constitutional duty as justice while catering to his personal commitment to

serve the public as a citizen advocate. Though he was a giant in the legal world,
Douglas is often remembered for his four wives, as a potential vice-presidential
nominee, as a target of impeachment proceedings led by then-Congressman
Gerald Ford, or for his controversial tenure as the longest-serving justice. More
importantly, he was a committed civil libertarian who authored landmark decisions

about privacy, free speech, and criminal procedure—but perhaps his most endur-
ing legacy is his successful public and private advocacy for environmental causes.

He was no ordinary justice. He had an outsized personality, outsized ambitions,
and outsized influence beyond his role as a justice.
Though admirable, Douglas’s efforts underscore the inherent ethical tension that
constrains judges in their activities off the bench. He integrated his court life with
his life as an activist, essentially running a one-man lobby shop from his chambers
at the Supreme Court. He cajoled and persuaded the secretaries of the interior
and agriculture, badgered the Forest Service and the National Park Service, and
inveigled members of Congress to support his causes. Douglas’s commitment to
conservation was no secret, but the scope of his advocacy was not known during

his lifetime. Despite his controversial tenure, Douglas’s opinions in the environmen-
tal arena offer important insight into judicial thinking and the evolution of a justice’s

ability to shape the law in a particular field. He was an integral part of the growth
of the environmental movement—his symbolism of dissenting on the road brought
tangible results: dams and highways were stopped, logging was halted, and
wilderness areas were preserved.