A reading and signing with Inga and Chris Wiehl 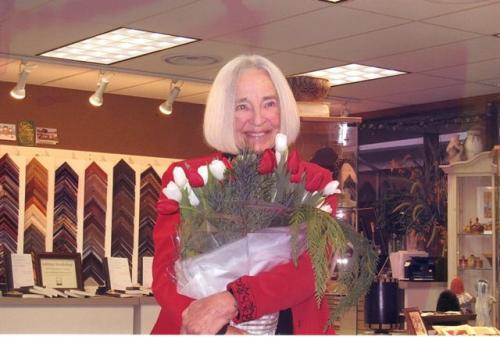 Inga Wiehl is a writer and retired college professor. She has written three books of non-fiction: When Professional Women Retire: Food for Thought and Palate; Heartstrings: A Tale of Danish Loyalty, Resistance, and Homecoming; Reclaiming Our Brains Without Losing Our Minds: Some Hows and Whys of a Reading Group, as well as numerous articles for professional and popular journals and magazines. A three-term speaker for Washington Humanities, she is an experienced presenter and group leader. Wiehl holds a BA in Danish from the University of Copenhagen and an MA and PH.D in Comparative Literature from the University of Washington. She leads an extremely popular reading group, the Thursday Readers. She lives in Yakima with her husband. 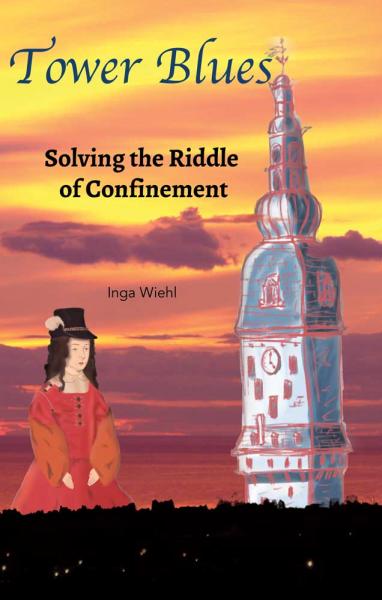 Tower Blues: On August 16, 1661, Leonora Christine Ulfeldt, daughter of King Christian IV and half-sister of the reigning king, Frederik III, was arrested and brought to the Tower on unspecified charges. Unwilling to offer potentially incriminating information about herself and her husband, Corfitz Ulfeldt, Leonora eventually forces the team of high ranking men sent for questioning to reveal the grounds on which she is held captive. She is suspected of complicity in her husband's acts of high treason against the Danish crown. Her refusal to know anything about betrayals sentences her to twenty-two years of imprisonment in a damp, filthy, rat-infested cell that's lit only by a small mesh covered window just below the ceiling. Given nothing with which to occupy her mind or hands, she must rely on herself for continued survival. As she agonizes about the whereabouts of her husband and seven children, she suffers through the dark night of the soul to wrestle from nothing a life she may sustain. Her well trained mind and skillful hands find work, and her reborn faith in God straighten her shoulders for the cross she imagines herself to be carrying. Tower Blues is the story of a woman who, from the beginning and all the days to follow - in castles and in prison - remained interested in the world around her, no matter how sordid or trivial. She never allowed the poison of indifference to penetrate her system. She knew that even hatred is less destructive than indifference.

Christopher Wiehl is an American-born actor and filmmaker.  A native of Yakima, Chris graduated from the University of Washington in 1993 with a major in Dramatic Arts; he migrated to Los Angeles in the summer of ’94, and quickly booked several major ad campaigns, for Old Spice, Coors, Ford, and Coca-Cola, among others. He soon appeared as a Guest Star on numerous popular television series, and by 1997 he became a series regular on shows like Bull, First Monday, Playmakers, and CSI: Las Vegas.

In 1998, Chris added writer, producer, director to his bio when he formed Yakima Productions. The company has released three films and currently houses over a dozen scripts.

In 2009, Chris' life took a real turn when he received a brain tumor diagnosis. With his baby boy only a month old and a marriage already on the rocks, Christopher's life was in peril. He had a successful surgery to remove the tumor, but had major complications during recovery. It’s been a long climb back to relevance in the entertainment world and redemption in his personal world.

Today Chris is healthy and happy again, working in Hollywood and living at the beach, and living a life he thought was out of reach just a few years before.

Please join us at Oak Hollow Gallery for a reading and signing with Inga and Chris!

This feature require that you enable JavaScript in your browser.
END_OF_DOCUMENT_TOKEN_TO_BE_REPLACED