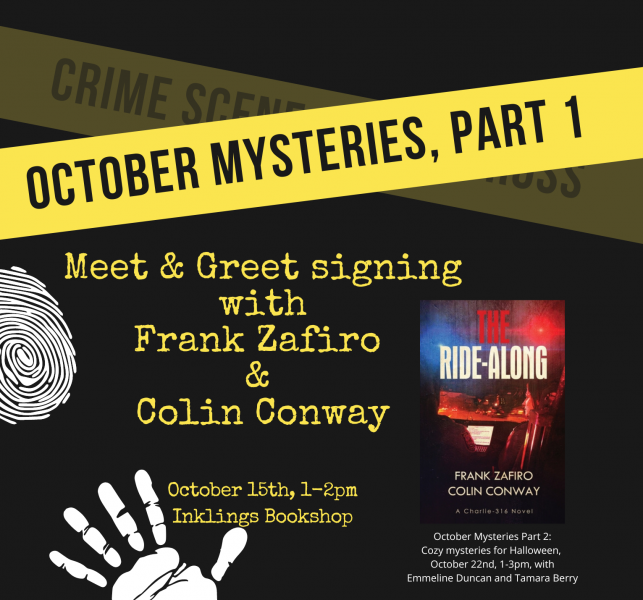 Frank Zafiro is a Washington author that writes gritty crime fiction from both sides of the badge, that is set mostly in Eastern Washington. His storytelling creed is that the good guys usually win… but not always, and never without a cost.

Colin Conway is the creator of the 509 Crime Stories, a series of novels set in Eastern Washington with revolving lead characters. They are standalone tales and can be read in any order.

Together, they wrote a mystery masterpiece, The Ride-Along:

The Tyler Garrett scandal rocked the Spokane Police Department two years ago. Now, a consent decree governs the agency with Washington D.C. directing its reform. It's a tumultuous time in the city, and public outcry over local and national events is high.

Change is in the air.

Officer Lee Salter is a third-generation cop who bleeds blue. Amid the departmental chaos, he does the only thing he can-be a good officer. That means showing up for every shift, responding to calls for service, and always doing the right thing. All the while, the Department of Justice and its local supporters hope to catch another officer in its net of reform.

Salter refuses to be that officer.

Melody Weaver is a teacher and activist who believes in a better way. Despite her demanding profession, she dedicates herself to the cause of reshaping policing in her city so that the terrible events-both local and national-can stop. To understand what needs to change, she needs to see the reality of the job up close.

That means a ride-along on the graveyard shift.

One night. Two people. And a nation's problems.