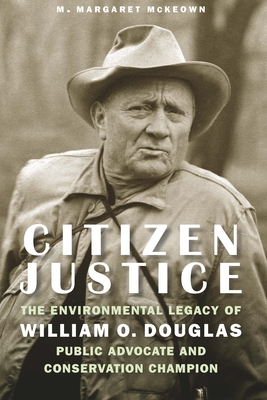 Should trees have standing? Justice William O. Douglas famously pondered this hypothetical in his
dissent in Sierra v. Morton. The Sierra Club had sued to block the development of a ski resort in Mineral
King Valley in California. In a 4-3 decision, the Supreme Court ruled that the Sierra Club had no
standing—the legal right—to sue because the club and its members had not suffered any actual injury.

But there were parties who stood to be negatively impacted by the development of the resort. The
trees, plants, and wildlife of Mineral King stood to have their lives and environment irrevocably
impacted by the development of the land. Trees, deer, and bears cannot bring suit in our courts,
obviously, but in his dissent, Justice Douglas wondered if perhaps we should create the legal framework
for suits to be brought on their behalf. Recently some countries have seen fit to do just that. Columbia
and New Zealand recognize the rights of rivers, Ecuador provides constitutional rights to rivers and
forests.
William O. Douglas was a pioneer in the environmental and conservation movement. In “Citizen Justice:
The Environmental Legacy of William O. Douglas―Public Advocate and Conservation Champion” the
honorable Margaret M. McKeown, herself a current judge on the Nineth Circuit Court of Appeals,
examines the environmental legacy of Justice Douglas’s activism, both on and off the court.
Much has been written about William O. Douglas, the man who spent his boyhood in right here in
Yakima, Washington would grow up to be the United States’ longest serving justice. He wrote several
autobiographies on top of numerous other books and extensive studies of his legal opinions have been
authored in the decades following his departure from the court. McKeown’s work adds to the literature
on Douglas with its focus on Douglas as a “dissenter.”
In the legal field, he was a champion dissenter, dissenting in almost 500 Supreme Court cases, often
alone. But McKeown shows he dissented as a citizen too, and his discontent often resulted in real
change. When the Washington Post editorial board wrote an opinion in favor of the construction of a
parkway on the Chesapeake &amp; Ohio canal, Justice Douglas invited the editorial board to hike the 184-
mile length of the canal with him. The Post editors joined him, though none of them finished. Still, they
retracted their position, shifting public sentiment on the parkway, and the C &amp; O canal later became a
national park.
This was not the only time Justice Douglas hiked in protest. A similar walk in the Olympic National Park
helped stop the development of an extension of US Highway 101 into the Olympic Peninsula, and an
expedition with his friends Olas and Mardy Murie to Alaska played a role in the long fight to get federal
establishment of Alaska’s Arctic National Wildlife Refuge.
There is much to commend McKeown on for her efforts. The book is informative and explores areas of
Douglas’s life that have not been as heavily examined as others. It is well-researched, drawing on
archival records from libraries across the country, as well as Douglas’s own work. Finally, it is succinct.

With the main text at just over 200 pages, I was able to complete it in just a few sittings. It was nice to
read a history book that was clear in its purpose, argument, and did not overstay its welcome.
“Citizen Justice” will find a welcome place among the literature on William O. Douglas. Readers will find
it pairs well with Susan Summit Cyr’s “Tanum: A Story of Bumping Lake and the William O.Douglas
Wilderness,” another recent release which my colleague Amy Miller reviewed in this column several
weeks back. A lot of new Pacific Northwest and environmental books are being published right now. This
is a good moment for fans of these genres, and “Citizen Justice” is a “can’t miss” read.