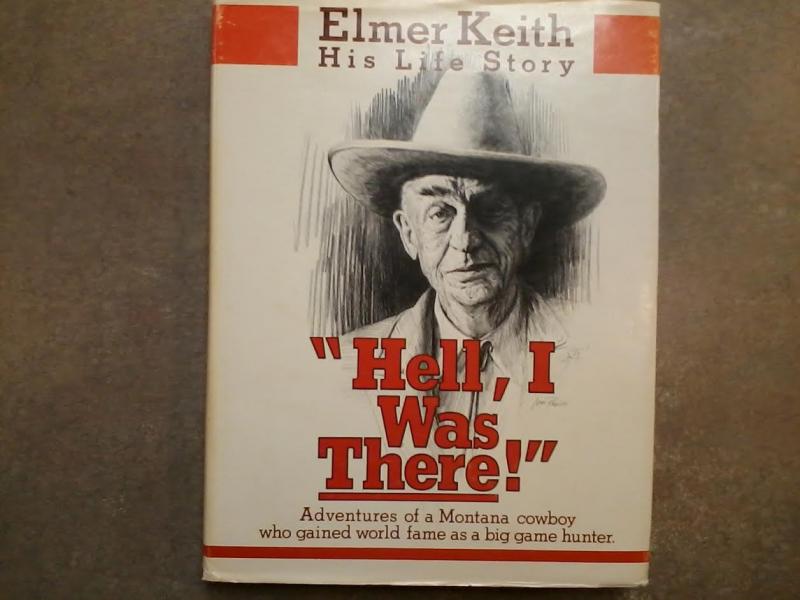 We, at Inklings, have recently come across a rare book, called Hell, I Was There! by Elmer Keith.  Did you know that it was the 21st-most searched-for out-of-print book in the world in 2015? And only available for outrageous prices online?  Well, one of our booksellers came across a copy in great condition and now we're selling it at Inkings for $29.95!

Here's a brief review: "This is one of the greatest "look back" books ever written -- it's a glimpse into the old West before it was fully civilized. His hunting adventures and his heroic true tale of surviving and recovering from a traumatic wound in a fire are both awe-inspiring. A fantastic book."

Hey book lovers, are you looking for the perfect job? Inklings is hiring for a new full-time employee.  Though we absolutely love the enthusiasm and creativity of students, those who do apply would need to be available year-round. We will be accepting resumes through June 28th, 2017. You must love people, be a hard worker, fast learner, and love books. A flexible schedule, with full weekend and evening availability, is a must. Please bring or mail your resume to Inklings at 5629 Summitview Ave. Yakima, WA 98908, or email emily@inklingsbookshop.com and attach a list of 6-10 books you have read this year.

We look forward to meeting you! 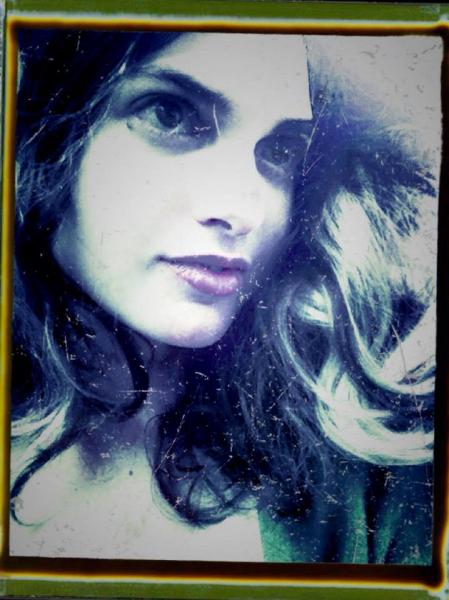 Did y'all read the The Handmaid's Tale by Margaret Atwood? Did anyone watch the tv series? What did you think so far?! If you're wondering whether or not to watch it, here's a review from the New York Times, by James Poniewozik. 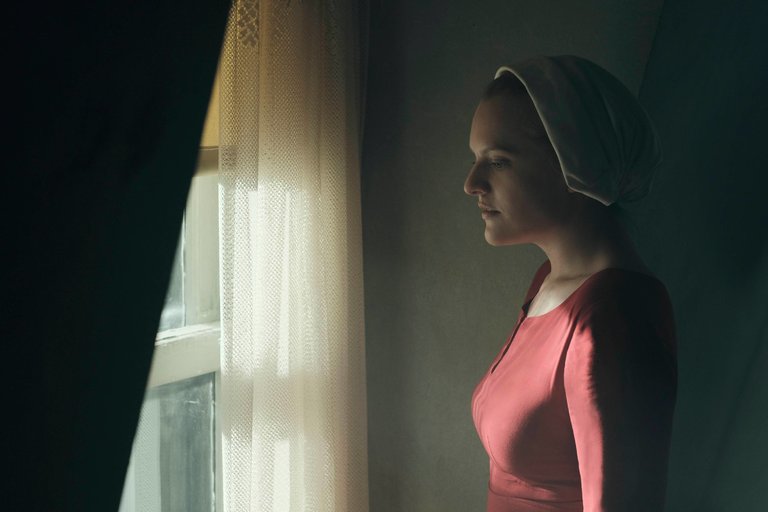 "A decade ago, Elisabeth Moss began co-starring in “Mad Men,” which among other things was about how women were objectified and subjugated — in the past, the 1960s, the bad old days.

In Hulu’s spectacular “The Handmaid’s Tale,” Ms. Moss is Offred, a baby-making slave in the Republic of Gilead, which is what part of the United States (New England, roughly) has become after a fertility crisis and a theocratic coup. It’s set in a near future that looks like the 1600s.

“Mad Men” may have resonated with today, but it gave viewers the comfortable vantage of history, the reassurance that we had come a long way, baby. “The Handmaid’s Tale” argues — with an assist from current events — that progress is neither automatic nor irreversible.

“The Handmaid’s Tale,” based on the 1985 Margaret Atwood novel, is a cautionary tale, a story of resistance and a work of impeccable world-building. It is unflinching, vital and scary as hell.

Offred had another name, before she was seized as breeding stock, her husband killed and her daughter taken by the state. Now she’s identified as the property of her “commander,” Fred Waterford (Joseph Fiennes). The name is a loaner. If Offred disappoints, she’ll be exiled to clean up radioactive waste with other “unwomen” until she dies, and another woman will be “of Fred.”

Her days are spent running errands in a commissary where the goods are labeled with pictures (because women should not read), or sitting quietly in a bedroom with shatterproof windows (so she can’t slash her wrists with a shard of glass). On “ceremony” nights, she mechanically copulates with the Commander while lying in the lap of his infertile wife, Serena Joy (Yvonne Strahovski).

The ritual, borrowed from the biblical story of Bilhah and Rachel, emphasizes that Offred is nothing more than a womb. So does her uniform: her face hidden by a bonnet, her form draped in a dress the red of menstrual blood and childbirth. (The costume design, by Ane Crabtree, is almost a character in itself.)

This is a dark story. That it’s not oppressive is a testament to the deft adaptation and, especially, Ms. Moss’s layered performance.

Offred is a captive. Nevertheless, she persists. She keeps a spark of self cupped in her hands. The series relies heavily on her narration, but not just for exposition. It’s how we hear her true voice, defiant, spirited, even mordantly funny. Passing the hooded bodies of three men hanged by the government — a priest, a doctor and a gay man — she comments: “I think I heard that joke once. This wasn’t the punch line.”

In the first three episodes — which debut on Wednesday, with new ones weekly thereafter — the showrunner, Bruce Miller, is faithful to the novel while expanding on it. (Hulu plans this as a continuing series, so it will presumably stray further eventually. Ms. Atwood is a consulting producer.)"

Who else wants to do this?!  I (Susan R.) signed up for a six-week, online course on Writing with Flannery O'Connor. I've long been a fan on O'Connor's earthy, slightly creepy but fascinating prose and I'm excited to learn more about her writing philosophy and style. I'd love to have someone else from the Yakima valley join me in this endeavor.  You can read more about it and sign up here.  I hope you will. More about it below:

My goal as instructor will not be to get you to mimic O’Connor, but to help you find your own voice—to help you write in your native tongue, just as O’Connor wrote in hers. Though O’Connor wrote more or less exclusively about fiction, most of her principles are equally applicable to non-fiction narratives.

Below is a look at the introductory lecture of the course. Click here for full details. Class begins May 15." 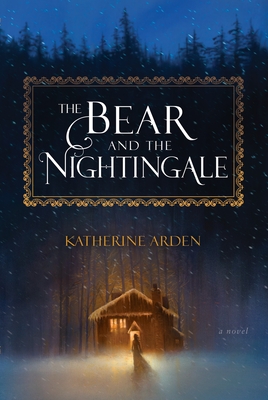 .The Bear and The Nighingale by By Katherine Arden

"I've always had a love of old Russian folktales and of the Vasilisa the Beautiful stories. She was a kind of a Russian Cinderella character. Vasilisa's father remarried after his first wife dies, his second wife is a cruel stepmother to Vasilisa. The Bear and the Nightingale is the Vasilisa story told so well. Arden specialized in French and Russian literature and lived in Moscow studying. The book is so atmospheric and magical. Lovers of old Russian literature will enjoy reading this book while they learn more about Vasilisa and the dangerous and magical life she lead."

Scott Sandsberry, author of A Difference in the Blood 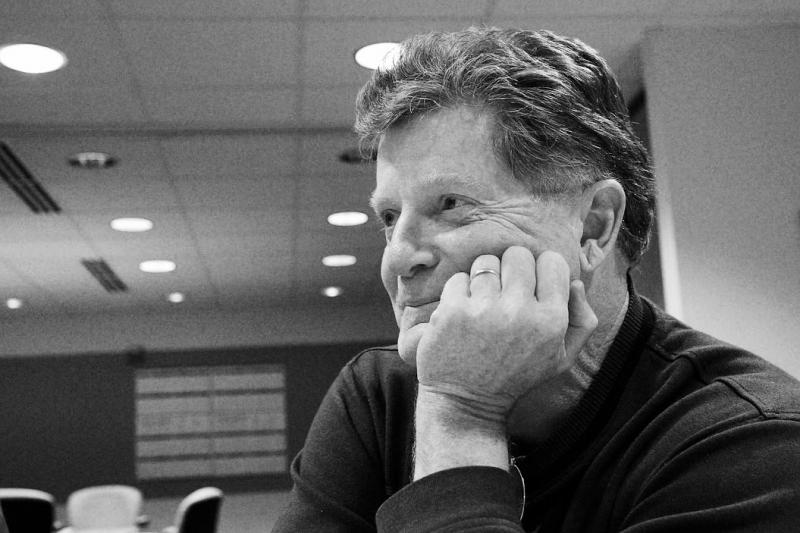 Join us at Inklings and celebrate your local indie! There will be indie exclusive merch (while supplies last), free swag, and 20% off your entire purchase with your Friends of Inklings bag! 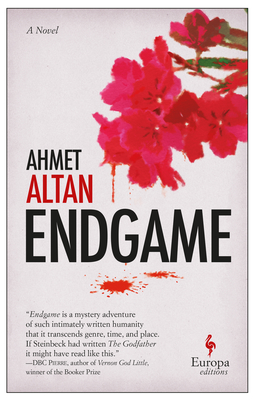 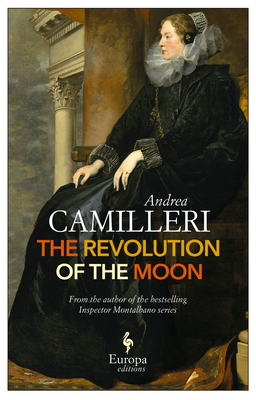 This feature require that you enable JavaScript in your browser.
END_OF_DOCUMENT_TOKEN_TO_BE_REPLACED

This feature require that you enable JavaScript in your browser.
END_OF_DOCUMENT_TOKEN_TO_BE_REPLACED

END_OF_DOCUMENT_TOKEN_TO_BE_REPLACED

This feature require that you enable JavaScript in your browser.
END_OF_DOCUMENT_TOKEN_TO_BE_REPLACED